Please go to www.timsmandolessons.com to learn more about Tim's modern, effective mandolin method as well as other offerings at his online mandolin school "Tim's Mando Lessons" 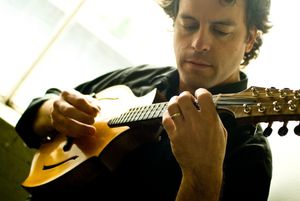 A graduate of the New England Conservatory of Music and a virtuoso mandolinist with over twenty years professional performing experience, Tim Connell has created a sophisticated and original global mandolin style.  Regarded as one of the top North American interpreters of Brazilian choro, Tim has also developed his own unique voice for the instrument, described in a recent Mandolin Magazine cover story as “fiery and energetic, soulful and evocative.”
Tim regularly tours Europe and North America in the international mandolin supergroup The Ger Mandolin Orchestra. He has been a featured guest artist at national conventions of the Classical Mandolin Society of America; he has been on staff at the prestigious Mandolin Symposium for several years and performs and teaches all over the country. 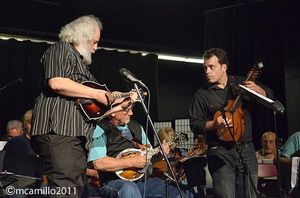 Tim has performed alongside top Brazilian musicians including Dudu Maia, Choro das Tres, Alessandro Penezzi, Eduardo Neves and Almir Cortes. He collaborates with jazz clarinet superstar Harvey Wainapel and the Berkeley Choro Ensemble and performed in the premeire of Wainapel’s new piece at the Berkeley Festival of Choro in May 2015.  Tim has performed with a roster of the greatest living American mandolinists, including David Grisman, Mike Marshall, Don Stiernberg, Rich Del Grosso, Chris Acquvella and many others. 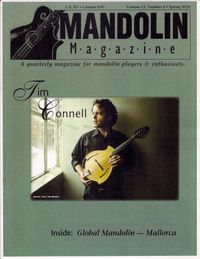 Tim is a restless and prolific bandleader and arranger, sideman and studio musician, currently touring with his Brazilian choro duo Rio Con Brio, 1930’s-era swing quartet Stumptown Swing, world mandolin duo Mando Planet and guitar wizard Eric Skye. In addition, Tim is an integral member of Americana songsters The Old Yellers, currently riding high on their new release "Ten from Town". In his solo act, Tim shares his career-long exploration of the world's many musical styles as realized on the mandolin and voice. 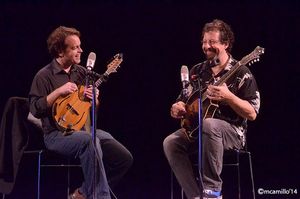 As a veteran teacher and workshop presenter, Tim has taught at the Alaska Folk Arts Camp and the Wintergrass Festival School among many other music camps.  He is currently an Adjunct Professor of Music at Lewis and Clark College in Portland, OR. Additionally, Tim was a contributor to the number-one selling mandolin instructional book, "Mandolin for Dummies".  He is also in-demand as an ensemble coach for both professional and amateur groups of all styles and instruments, helping bands improve their sound and overall vision and cleaning up arrangements as they head into the recording studio.

Feedback and Press
“Tim is, without a doubt, one of the finest mandolin players I’ve ever heard, and I’ve met numerous virtuosi over the years.  He plays choro like I’ve never heard, with beautiful tone and amazing sensitivity.  Everyone at the the festival felt that he was one of the best performers they’d ever experienced.”
Jo Pellegrini, Director of Aurora Mandolin Orchestra

“Stumptown Swing qualifies as one of the year’s best jazz recordings.  Connell’s technique has never been better - the flurry of notes fly out of his mandolin like machine gun bullets, each one hitting their mark."
Mandolin Magazine album review 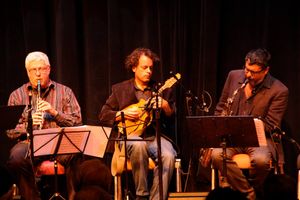 “Tim’s extensive work on Brazilian choro has strongly influenced his improvisational style.  He always plays cohesive melodic thoughts, and he’s not afraid to let the mandolin be a mandolin, complete wth tremolo and chord voicings that address the tune and push his fellow soloists.”
Don Stiernberg, America's premiere jazz mandolinist 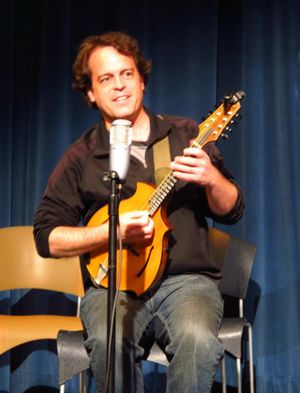 “What a great concert!  Fabulous choice of music played with such grace and personality.  Amazing tremolo and vibrato, adds so much to the music.”
Hilary Field, classical guitarist

“I just saw your performance of Floraux and have to tell you how utterly blown away I am.”
Amy Burcham, mandolinist/writer

“Thanks for the amazing show!  You never fail to amaze me - come back soon!
Susan Johnson, concert host 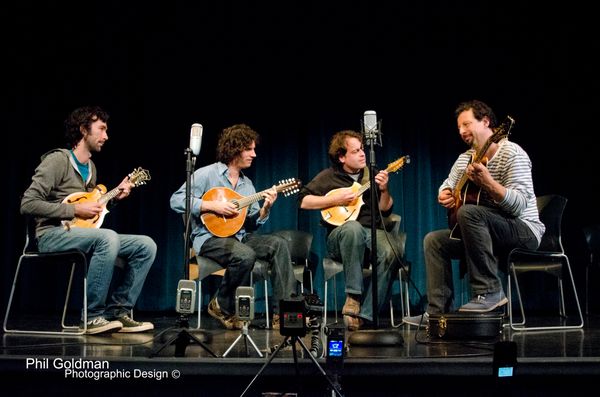 House Concert in NW near Skyline

House Concert - a public concert in a private home, all are welcome. To reserve a spot and learn the address please contact: theoldyellers@yahoo.com

CD Release Show with The Old Yellers, Tim on piano and mandolin

With the Ger Mandolin Orchestra

Public Concert in a private home, all are welcome to attend. Please contact our host, Lynn, to reserve a spot and learn the address: lynntucky66@gmail.com

Tim & Don Julin will perform a showcase set Friday PM in the WAMA suite and Saturday PM in the OBA suite. Tim will be leading a swing jam and a choro jam (TBD) as well as teaching a couple of workshops. Check in with WAMA and OBA for exact times.

Old Church, opening act for Beyond the Pale

Public concert in a private home, all are welcome. Please contact our host, David to reserve a spot and learn the address: downhilldave.fitch@gmail.com

House Concert. email Andrea at a@andreanasi.com to reserve a seat and get location of house concert.

Public concert in a private home - all are welcome to attend. Please contact our host, Florence at fdeutsch@pcc.edu to reserve a spot and learn the address.

Public concert in a private home. To reserve a seat and learn the address, please contact Peggy Cabe - ptcabe@aol.com